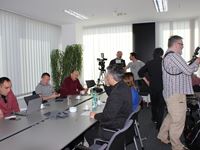 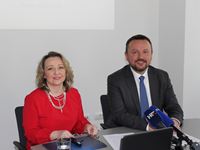 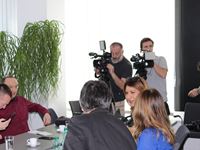 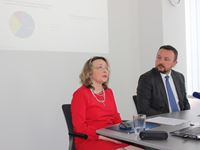 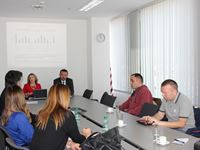 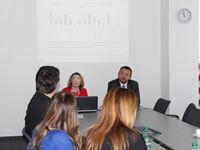 On March 6, 2019 AmCham presented the results of its Survey of the Business Environment in Croatia, which has been conducted on a sample of 130 board members of domestic and international companies in Croatia, from December 19, 2018 to February 6, 2019.

Participants assessed their business results in Croatia in 2018 as better (72%) compared to the previous year, and 60% stated that the number of their employees has increased.

As the main limiting factors within the business environment (in the last 5 years) participants identified the lack of adequate workforce, unstable regulatory framework and the taxation of labour. The biggest deteriorations in the last 5 years are tied to the availability and quality of workforce, enforcement of legal rules and procedures and the quality of legislation. Biggest improvements are visible in the financing conditions, demand for goods and services and the possibility of trade.

76% of participants perceive the impact of government institutions on business conditions as negative or without effect, which is a 10% decrease compared to the previous year. Around 68% of AmCham member companies participating in the survey operate in other countries of Central and Eastern Europe (CEE), out of which 65% in more than five countries in the region. Only 8% of participants are of the opinion that business conditions in Croatia are better than those in other countries of Central and Eastern Europe, while 45% consider them worse than in other countries. The greatest disadvantages of Croatia compared to other countries are related to the size of the market and, in equal proportions, slow administration and a lack of a long-term government strategy. EU membership, tourism potential of the country and geostrategic position are cited as Croatia's biggest advantages.

For the upcoming three-year period, 81% of AmCham member companies plan to expand the scope of their business operations in Croatia, while only 2% plan a reduction.

75% of companies plan to hire new employees in the next three years, out of which 25% plan on hiring more than 20 new employees.

91% of participants believe that the introduction of the Euro would have a positive or a neutral impact on doing business. Among them, there is highest interest for the possibility of applying for EU funds for ICT projects and for building of production facilities.

Ms. Andrea Doko Jelušić, Executive Director, AmCham, added: „Lack of adequate workforce which has been indicated as an issue in last year’s survey, has this year been assessed as the biggest obstacle to doing business in Croatia, and the area in which participants have noticed the biggest deteriorations.”