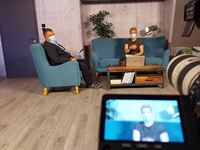 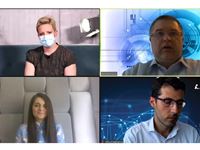 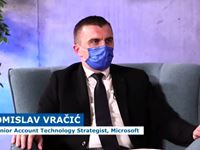 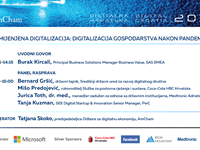 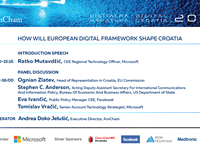 The panelists agreed that digital transformation demands a significant change in mindset and also that, by applying digital technologies, companies achieve faster and better results on the market as well as greater added value. The pressures of the pandemic have sped up changes related to digitalizing business and the need for digitalization and its benefits have also been recognized. Digitalization generates huge amounts of data which need to be networked so that, by applying quality analytics, strategies may be developed based on the data, which will contribute to creating a better and more effective digital society in Croatia, for which EU funds are available as well. Investments into innovative companies and start-ups in Croatia are ten times smaller than investments in countries at the forefront of these investments, so it is necessary to make a significant step forward and speed up the process of digitalization, as well as create innovative education models.

At the second panel discussion, prior to which opening remarks were made by Ratko Mutavdžić, CEE Regional Technology Officer, Microsoft, panelists discussed the impact of the European digital framework in Croatia. Ognian Zlatev, Head of Representation in Croatia, EU Commission; Stephen C. Anderson, Acting Deputy Assistant Secretary For International Communications And Information Policy, Bureau Of Economic And Business Affairs, US Department of State; Eva Ivančić, Public Policy Manager CEE, Facebook and Tomislav Vračić, Senior Account Technology Strategist, Microsoft concluded that the transatlantic data flow between the EU and the US is the largest in the world, with an estimated value of 1.3 billion USD. Thus, the EU and the US should intensify cooperation and decide on the ways in which to alleviate legal insecurities connected to the transfer of data and to enable regular and legally secure business for companies. Global companies have global users and an appropriate agreement which would allow for international data flow, while at the same time protecting privacy, is a prerequisite for a strong partnership between the EU and the US.

They added that the Electronic Communications Act and the Digital Markets Act create a safer and more open digital space and ensure that users have safe access to the internet and give companies the chance to compete both on and off the net. They allow for the free flow of information, protect the freedom of research and intellectual property, while also preventing an increase in illegal content.

The conference, which was held online, gathered more than 120 representatives from public institutions and the private sector.