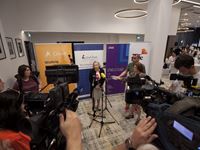 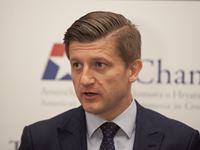 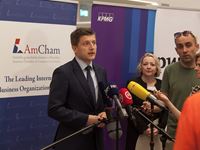 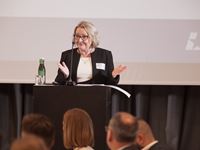 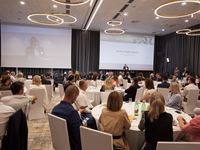 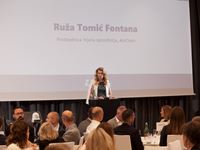 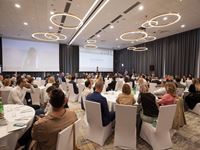 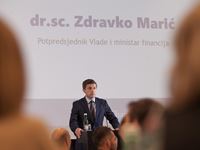 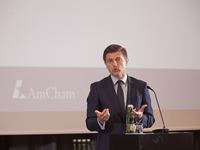 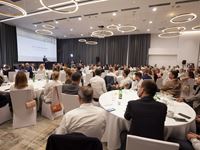 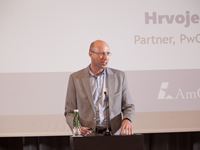 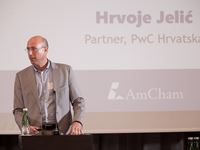 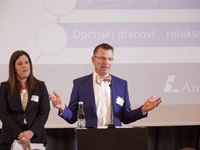 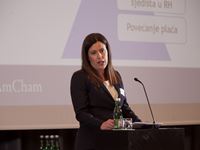 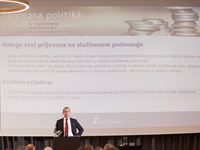 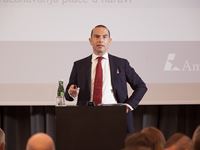 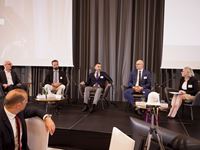 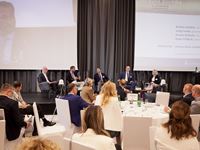 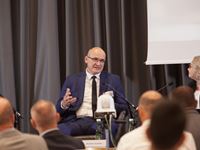 The American Chamber of Commerce in Croatia (AmCham) organized a power breakfast titled “Tax Policy in Challenging Times”. AmCham has for years been working on and actively participating in the Tax System Reform by giving recommendations. Through five rounds of changes in taxation, AmCham actively participated by giving recommendations, a significant part of which was adopted.

At the event, Deputy Prime Minister and Minister of Finance Zdravko Marić talked about the role of Tax Policy in the current economic developments, the effects of the five rounds of tax reform, and the Government’s plans to introduce further tax relief. “After implementing significant changes in taxation, the goal of which was to simplify the tax system and introduce tax relief for businesses as well as citizens, we are now in the final stage of introducing the euro in Croatia. After many years, numerous measures implemented, and obligations met, Croatia will become the 20th member state with the euro as the official currency on January 1, 2023. Conducting a responsible fiscal policy has made it possible to start this process in the first place, while its finalization, alongside further control of spending, implementation of the National Recovery and Resilience Plan which also includes numerous public sector reforms, efforts to create a positive business environment and, as a result, an internationally competitive economy, will make Croatia an even more desirable place for work, life and business ventures,” highlighted Minister Marić.

Despite significant advances in shifting the tax burden away from labor, according to the Survey of the Business Environment presented by AmCham in early 2022, taxation of labor remains among the three restricting factors for business in Croatia. Therefore, AmCham believes that there is more room for further reduction of the taxation of labor in order to make it more competitive compared to other Central and Eastern European countries and for it to focus on retaining the workforce in Croatia.

The American Chamber of Commerce in Croatia published its position “Recommendations for the Tax System Reform in 2022” again this year, which was presented at the event. The position sets out recommendations for further reduction of the tax burden aimed at attracting greater investment and achieving greater competitiveness of Croatian employers in attracting and retaining the workforce.

The above measures would ensure that, with the same cost for employers, employees receive higher net income, which increases their economic power and capacity for consumption, and ultimately increases their standard of living. This has an indirect positive impact on the economic growth in Croatia.

AmCham’s proposal is an amendment to the Personal Income Tax Act, whereby it would be prescribed that, apart from the allocation or purchase of own stock, the allocation and acquisition of interest in a limited liability company are also considered investment income. If the legislative framework were regulated in that sense, this would help the development of small and medium-sized companies and start-ups in Croatia.

AmCham also proposes the introduction of a non-taxable allowance for working from home of HRK 360 (EUR 50) per month, as well as an increase in compensation and bonuses such as the amount of non-taxable compensation for the use of a personal car for business purposes, the per diem for business travel in the country and abroad, jubilee awards, lump-sum cash compensation for meals, gifts in-kind, gifts for children, bereavement support, etc.

AmCham’s “Recommendations for the Tax System Reform in 2022” were presented by Hrvoje Jelić, Partner at PwC Croatia (Tax authorities as partners to the business community), Paul Suchar, Partner and Petra Megla, Director at KPMG Croatia (How to retain and reward employees) and Krešimir Lipovšćak Partner, Crowe Croatia (Added value for employees).

“In the short term, it is difficult to expect any additional tax relief, especially if we take into account the growing uncertainty regarding the economic trends towards the end of the year. In the medium term, however, we should strive for greater equity in taxation of income from various sources, a reduction of the tax burden on labor, especially higher incomes, and an increase in tax stimulation of investment into research, development, and innovation of companies,” concluded Josip Funda, Chief Economist at the World Bank.