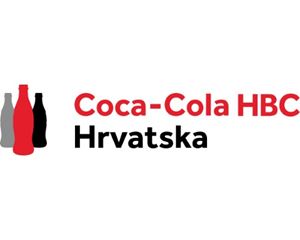 The company’s seat is in Zagreb, where the bottling plant is situated as well, whereas products are distributed via the company’s six warehouses and distribution centres. The sales offer of the company consists of the leading brands of Coca-Cola, CocaCola Zero, Fanta and Sprite and brands under licences of other companies, such as Cappy and Nestea. Coca-Cola HBC Croatia is continuously looking for new opportunities to expand its sales offer and in this way to provide consumers in Croatia with a larger choice of its products. The company is taking all measures to ensure the highest quality of its products. Also, a strong focus is put on the sustainable business development, which is closely connected with the sustainable development of communities in which the company operates. Coca-Cola HBC Croatia is a member of Coca-Cola Hellenic Group, which operates in 28 countries and supplies the market of some 595 million inhabitants. The group is ranked the world’s beverage industry leader in the Dow Jones Sustainability World and Europe Indices, and it also included in the FTSE4Good Index. Coca-Cola HBC has a premium listing on the London Stock Exchange (LSE: CCH), and its shares are listed on the Athens Stock Exchange (ATHEX).