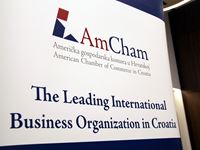 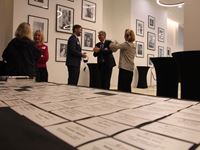 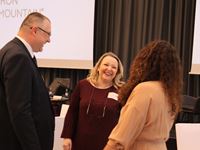 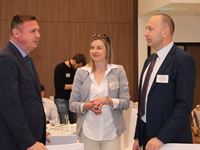 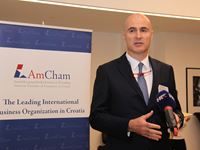 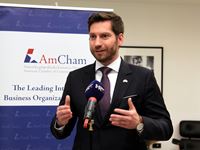 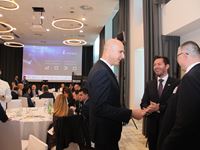 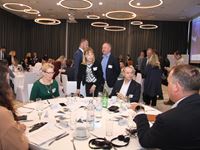 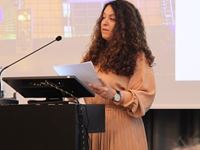 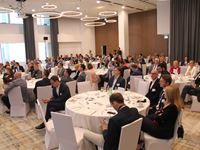 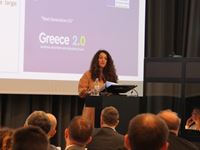 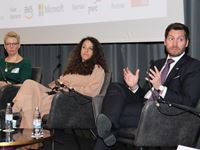 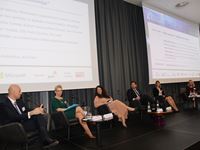 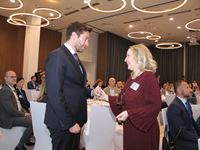 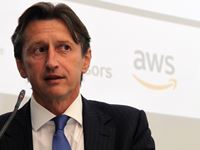 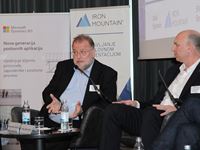 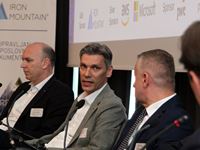 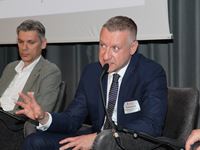 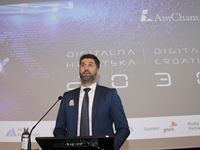 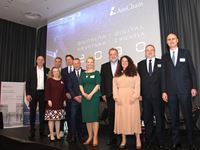 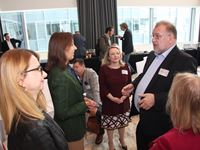 AmCham strongly supports the efforts to raise the level of digitalization in Croatia, so this conference was created as a platform to exchange experiences and the latest learnings in digitalization among the representatives of the public authorities and the business community.

The digital decade in the EU will shape our societies, how we do business, and how we communicate with our institutions by creating policies, laws, and standards for future generations. The decision to become a global leader is not only achieved through strong will but also with the help of significant EU funding for digitalization and green technologies projects.

“Every initiative that includes adopting or integrating technology to improve business processes is a step towards digital transformation within government departments, local authorities, or private organizations. This could include digitalizing historical documents, extracting data and including them into digital workflows, implementing artificial intelligence and machine learning into ongoing processes, and more. The goal is to save time and money, but it will also help with better data integrity, information security, remote working possibilities, and much more,” said Andrea Antoniou, Regional Manager for Central Eastern and Southern Europe at Iron Mountain, in her introductory speech.

Nataša Mikuš Žigman, State Secretary at the Ministry of Economy and Sustainable Development, stated that she believes that Croatia has strong potential and that we must create conditions for it to develop, as well as establish programs targeting the areas where Croatia has the largest competitive advantage. She added that 40% of companies in Croatia recognized digital transformation as an opportunity and that positive results regarding sophisticated digital skills are encouraging. However, it is still hard to find enough employees who possess appropriate digital skills. Therefore, the funding for such projects will be provided within the Recovery and Resilience Plan and the Multiannual Financial Framework.

Digital transformation of public administration, business, and society is of strategic importance for Croatia. In recent years, digitalization has been at the forefront of creating public policies in Croatia, the European Union, and the US. This trend will continue to grow in the times ahead of us.

“Croatia has a strong potential to become a digital center in this part of Europe which will base its economic advance on talented people, innovations, and modern technologies, such as artificial intelligence. When it comes to the digital skills of young people, Croatia is above average among Central and Eastern European countries. On the other hand, we should also make an effort to advance the digital skills of people of all age groups, encourage small and medium-sized enterprises with regard to digital transformation and digitalization of public services, as well as invest in IT experts”, pointed out Tatjana Skoko, Country Manager for Microsoft Croatia.

Alongside Nataša Mikuš Žigman, Andrea Antoniou, and Tatjana Skoko, Mark Boris Andrijanič, Minister without portfolio for Digital Transformation (Slovenia) and Mladen Pejković, Senior Executive Director for Transformation and Information and Communication Technology at Atlantic Group also participated in the first panel discussion on the subject of the digital economy. They agreed that the digitalization of public administration is of vital importance, together with further investments into the development of digital skills and innovative technologies.

In the second panel discussion on digital infrastructure and services, Bernard Gršić, State Secretary at the Central State Office for the Development of the Digital Society, pointed out the following: “There are increasingly more services for companies and business people on the e-Citizens system, which makes doing business faster, simpler and easier. In the next few years, the Republic of Croatia will invest almost 3 billion kuna into digital transformation, which will enable the Croatian economy to become more productive, and therefore, more competitive.”

Other participants in the second panel discussion, alongside Gršić, included Jiri Sven Sverak, Public Sector Lead CEE, Amazon Web Services; Davor Malojčić, Director for Central and Eastern Europe and Eastern Mediterranean at Kyndryl; Adrian Ježina, Executive Director at Telemach Croatia, and Nikola Dujmović, President of the Management Board at SPAN. They concluded that better cooperation between the private and public sectors is necessary in the area of public digital services and that Croatia lacks decisiveness when it comes to the implementation of priority activities of digitalization. They agreed that Croatia continues to make progress, but that its speed is not satisfactory since other markets are developing at a significantly faster pace, effectively resulting in Croatia lagging further and further behind.

Boardroom Discussions - Maintaining Agility in the Growth Phase of the Organization