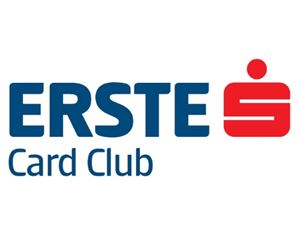 Erste Card Club d.o.o. (ECC) is a credit card company with the longest business tradition on the Croatian market that offers a unique product offering with a special focus on the Diners Club cards – the first card brand in Croatia.

Until the end of 2008, the history of its business was related to Diners Club as a franchise owner for the Croatian market, and from the beginning of 2009, ECC started offering its clients VISA, MasterCard, JCB, and Discover credit cards. In 1996, 1998, and 2004, Diners Club International awarded ECC with the "Best Large Franchise" award as the best franchise of the EMEA region, which consists of 49 countries in Europe, the Middle East, and Africa. Furthermore, the company received the same award in 2018 for a breakthrough performance in business based on modern technologies, which is visible primarily in the ability to authorise Diners Club cards using an end-to-end digital process, but also in the launch of the ECC mobile application as the first step towards the development of virtual cards. The company also received an award for 50 years of business. Erste Card Club bases its business model on the customer-oriented approach and regularly considers their needs when marketing innovative products, which have received multiple awards from international card associations. Erste Card Club is a member of the Erste Bank Group in Croatia, and it is in the sole ownership of the Group.