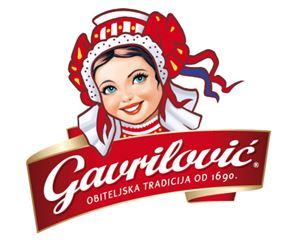 Gavrilović is Croatia’s major producer of salami and meat products and has been the leader in the quality delicatessen meats sector for the past 150 years.

Gavrilović is Croatia’s major producer of salami and meat products and has been the leader in the quality delicatessen meats sector for the past 150 years. The family-run business is committed to quality and has a history going back to 1690. It has catered to the Austro-Hungarian court in Vienna, to Napoleon’s troops during war times, and to the U.S. armed forces. Its flagship product is the famous Gavrilović Winter Salami, with its unique recipe and a natural maturation process that takes more than 90 days and leaves the cured salami covered in a layer of fine mold. The company also boasts a prime position in the pâté sector, particularly with their liver pâté, and in the gourmet meats, ham and sausage sectors. Gavrilović exports its products to Slovenia, Bosnia&Herzegovina, Macedonia, Serbia and Montenegro, Great Britain, Germany, Switzerland, Sweden, the United States and Australia. The company holds the EU / USA approval number 399. As of this year, Gavrilovic is also a proud holder of the Halal Certificate for beef and poultry meat and products thereof. In 2009 Gavrilović acquired Puris, the poultry meat processing company from Pazin, and one of the best known producers of fresh turkey meat and turkey meat products in Croatia. This year, another valuable member has been added to the family: McDonalds Hrvatska d.o.o. The Gavrilović Group consists of: -Gavrilović - Meat Processing -Gavrilović - Agriculture -Diona - Retail chain, -Puris, Poultry Meat Processing, Pazin, and -McDonalds, Croatia