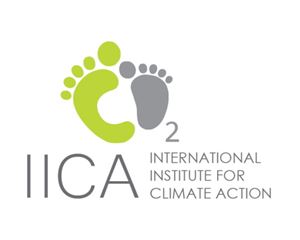 The International Institute for Climate Action (IICA) is the first association consist of experts in the field of Climate Change and Policy in Croatia founded 9 years ago.

We have been established with the purpose to assist the business community in the fight against climate change, reduction of CO2 emissions, introduction of the Low Carbon Strategy, the Adaptation Strategy and the European Green Plan into their business plans and processes and thus their sustainable - green economic development and growth both in the Republic of Croatia and the EU, while preserving the environment and climate. In the earlier years of the Institute’s work through the Institute was established an easier and faster method of communication between stakeholders and the public administration, which was met with the approval of experts from the Ministry of Environmental Protection who recognized the benefits of such an approach, in accordance with the expectations and obligations imposed on the Ministry by the EU institutions. In cooperation with those experts, several workshops took place and IICA members attended the signing of the Paris Agreement, by which the member countries took over even more stringent obligations. In meanwhile IICA also modified the institution’s role and composition, thus ensuring higher efficiency in implementing the Climate Change Adaptation Strategy, the Law on Climate Change and Ozone Layer Protection of the Republic of Croatia, but also the European Green Plan, which has to be intensively introduced into Croatian economy in the next several years.